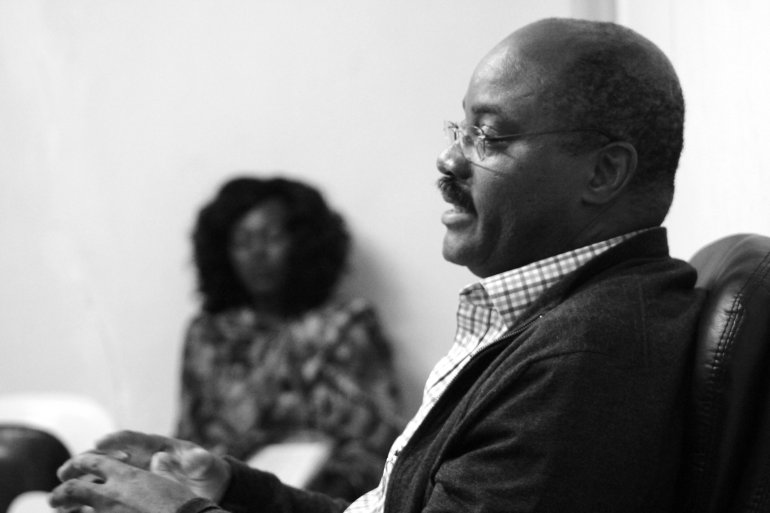 About three weeks ago we had the privilege of hosting successful Zambian entrepreneur and businessman – Benjamin Katubiya, CEO and founder of BUK Holdings,  for an Insaka at BongoHive.

Mr. Benjamin Katubiya generously awarded us with two hours from his busy schedule. Without a doubt, sitting down to listen to Benjamin Katubiya left me and probably a couple of others who were present with a new perspective on business and on life in general.

“I was born and raised in Ndola, Twapya compound on the Copperbelt province. I was born to a Tailor in an impoverished family with 10 siblings. At an early age I learned how to sell a few items, make money off them and cover my expenses such as school fees” said Benjamin.

The young Benjamin gained delight in making things like  toy cars out of wire which he sold to his friends. In turn the young Benjamin also developed a deep-seated passion for real cars. n his teen years, he had mastered how car engines worked and was able to repair them to earn money.

It was evident even in his early years that  Benjamin had developed an interest in trade and commerce. While he attended Chiwala Boys Secondary school of Ndola he served as vice president of the school commerce club. He also worked after-school as a bus conductor. When he was in Grade 12, he managed to pay for his own exam fees at school and thus completed his high school education successfully.

Benjamin Katubiya acquired a National diploma in Marketing from the Copperbelt University. Armed with  his diploma  he sought employment but after a string of disappointments, he packed his diploma and never used it to get a job.

“I couldn’t just sit at home and wait for the government to find me something to do. So I decided to start a business. With my passion for automobiles, I decided to start a business selling auto parts. It’s my love and interest for automobiles that made me choose this line of business. In anything you do, there should be interest and love so that it doesn’t feel like chore. If you’re interested in something, you’re knowledgeable and well informed about it, you are bound to do pretty well at it.”

“To generate money to start my business, I sold a sound system I owned and started my business with an initial capital of $300. I made my first trip to East Africa in 1991 where I got my first consignment of automobile parts. I started out in a small shop in city market and later on moved on to rent a small shop at Simoson building in Lusaka.”

Benjamin spoke tactfully about how budding entrepreneurs should not aim at getting fancy offices as they start out.

“We all start from somewhere. Some of the most successful entrepreneurs did not start out in fancy offices, most started very small and built their way up. You can start small, in a small work space, but as long as you’re focused on your goals, that shouldn’t demoralize you. If anything, that should be your platform of motivation to work harder and grow. Most successful businesses began as private entities with no assistance from the government.”

Running a business isn’t easy, it has many challenges along the way.

“When I started out I had incidences where my merchandise was stolen and unfortunately for me, most of it wasn’t merchandise that could be insured. But I did not give up. When my merchandise was stolen I explained to my client and always made sure I delivered on time with my other consignments. Professionalism works well when coupled with integrity and honesty because it helps you build strong relationships with your client base. I am someone who believes very strongly in building strong client relationships. Even in banks, there are relationship managers who are assigned to clients of the bank to make sure the client is happy and well taken care of. In my business, getting a customer and making a sale is not the goal, the goal is getting the client to come back for more.  I can safely tell you that at BUK when we supply a product to a client and that product gets to the client and it doesn’t work or proves faulty, we will gladly replace it. My company is built on a brand that has over the years proved itself in quality assurance and loyalty to customer satisfaction. Business is no longer solely capitalism. It goes beyond capitalism, it’s important to take care of your clients.”

“As your company grows, so do the challenges. For example, I have had cases where employees have stolen from the company. In one incidence when we had a  theft in the company, I sent out emails to all my employees asking them if they had stolen any money during their service in my company. Some of my advisers thought this was not of any good because nobody could actually own up and say yes they had stolen. However, what they didn’t know was that I just used this psychological technique to see which of my employees were honest and could own up. If they owned up to their wrongs I could consider not firing them. After the auditors came in and all the defaulters were identified, I fired all those that responded to my mail saying they didn’t steal but had  in fact done so. I am a Christian and I try to adopt some of the Christian values not only in my life but also in my business.

Mr Katubiya advised on finding an interest and doing market research before you start a business.

“Find gaps in the market and supply the need. Business is about supplying to the needs of the people. It doesn’t help to copy and do what your neighbor is doing. Most people fail because they want to copy. Find a new ground and do well at it. There are many opportunities for business in Zambia.”

“In my days it was difficult to find capital for a business or to acquire a loan. Things are easier now so anything is possible.”

Mr Katubiya also advised strongly on developing a business plan and keeping records of your transactions.

“The transaction records and credit history can help you get financial assistance. The government has now employed laws and policies to make the environment of starting a business more favorable.”

Mr Katubiya also advised strongly on developing a business plan and keeping records of your transactions.

“The transaction records and credit history can help you get financial assistance. The government has now employed laws and policies to make the environment of starting a business more favorable.”

There was a question and answer session towards the end of the Insaka where Mr Katubiya got to respond to some questions from the audience. Njavwa Mutambo of Msanga.com asked Mr Katubiya “How important is education to a person starting a business?” In response, Mr Katubiya said, “education all depends on what kind of business a person wants to pursue as some fields require more education than others. For example if you want to be a surgeon, you need the education and training or else you might end up killing people.”

Another question that stood out for me  in particular was from a lady who asked   She asked Mr Katubiya on what he has done or what he is doing to help young entrepreneurs in Zambia. Mr Katubiya said he is currently working on a book to highlight his story and his principles on business. His aim is to publish this book and make it available to all entrepreneurs and prospective startups at no cost to them.

Mr.Benjamin C. Katubiya has been at the helm of BUK holdings for the past 18 years, growing it from only $300 to a million dollar enterprise. He has also served as Chairman of American Chamber of Commerce in Zambia. He was recently appointed by The US Embassy in Zambia as a leadership and Business mentor for the Mandela-Washington Fellows.

He has received the awarded “Marketing Personality of the Year in Zambia” from the Zambia Institute of Marketing. His company BUK Truck Parts Ltd emerged among the Top 15 Companies in the Africa Awards for Entrepreneurship. He is also board member of Live Connection Australia-Zambia.