Providing Data-driven Advocacy on Cyberbullying Against Women in Politics | BongoHive 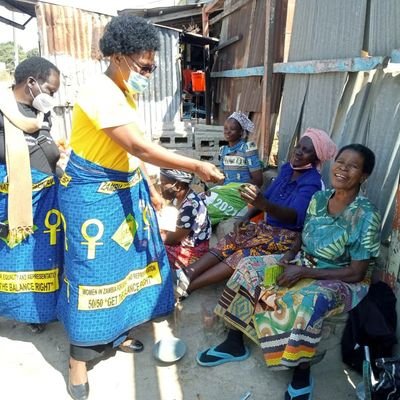 Over the years, Zambia has continued to record a low representation of women in politics. According to the World Bank (2017), Zambia has the lowest proportion of seats held by women in the national Parliament in Sub Saharan Africa. The regional average is projected at just below 25%. In the current Zambian government, women only make up 14.8% of parliament, while male representation stands at 85.2%.

However, several initiatives have been put in place to enhance women participation in politics, but these are hindered by emerging issues such as cyberbullying and hate speech against women in politics. In this regard, the National Democratic Institute (NDI), in partnership with the Zambia National Women’s Lobby (ZNWL) launched a project to monitor cyberbullying attacks, sexual harrasment and hate speech incidences against women in politics during Zambia’s August 12 General Elections.

During the period July to December 2021, we worked with the NDI and ZNWL to provide technical and monitoring and evaluation (M&E) support to help achieve the social media monitoring project goals.

The National Democratic Institute was looking to further its Zambia Electoral Integrity Programme by supporting data-driven advocacy for women in politics. To achieve this, NDI needed technical support for efficient data collection and reporting system for the monitoring of hate speech and cyberbullying of women in politics on social media.

To help the client achieve their project goals, we set out to do the following:

Setting up a database: we set up a central database on Airtable where all incidents of cyberbullying against women before and after the election were captured and stored.

The monitoring process was centred around posts and comments that had cyberbullying language in them. A guideline was set up to determine what makes a comment or a post classify as a cyberattack. Using a 3-tiered scoring system that graded the severity of the post/comment, as well as the impact of the incident on the victim, the team was able to monitor conversations on social media.

The most essential part of the project was generating insights from the data that was collected. The data collected was in raw form and it had to be processed to generate weekly reports. Our M&E team was instrumental in performing data quality assessment and analysis. The team also came up with a reporting template to report and present the incidences to the NDI and ZNWL team every week. 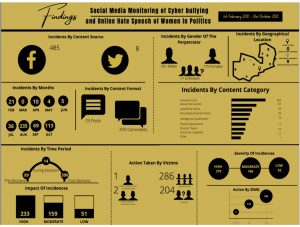 We caught up with ZNWL Programmes Officer, Faggy Chibanga to give the impact on the project to the ZNWL and NDI team, as well as the country at large. Here is Faggy’s statement:

“During the project period, we captured 545 cyberbullying incidents through the different platforms that we monitored. With these incidences, we were able to create awareness on hate speech and cyberbullying among women politicians themselves, as well as among the various stakeholders that the project engaged.

We did it through radio, TV programmes, press releases, and stakeholder engagement meetings in the 10 provinces of Zambia.

Additionally, out of the 545 incidents that we recorded, 65 were reported through the Whatsapp Tip Line that we created together with BongoHive Consult. This was an indication that people responded to the advocacy campaign by reporting cyberbullying incidences using the Tip Line. The incidents that we captured also helped us to assist victims by linking them to organisations such as ZICTA and Zambia Police for legal processes.

The project also highlighted the growing concern of cyberbullying against women, and this wouldn’t have been possible without the evidence-based information.

The advocacy campaign helped to build synergies between ZICTA, Civil Society Organisations (CSOs), the media and other stakeholders. This created a platform where conversations on cyberbullying and how it can be reduced.

The digital capacity building training provided by BongoHive Consult helped us to create visuals, not only for the project but for other posts on social media, and this increased our online presence.

This was the first in Southern Africa and bringing BongoHive Consult to the project brought in a unique approach to the project through the monitoring tools that the team implemented.”

As BongoHive Consult, we are proud to have assisted the NDI and ZNWL team on this project with our technology offering. To find out more about our work or to work with us, visit our webpage here.