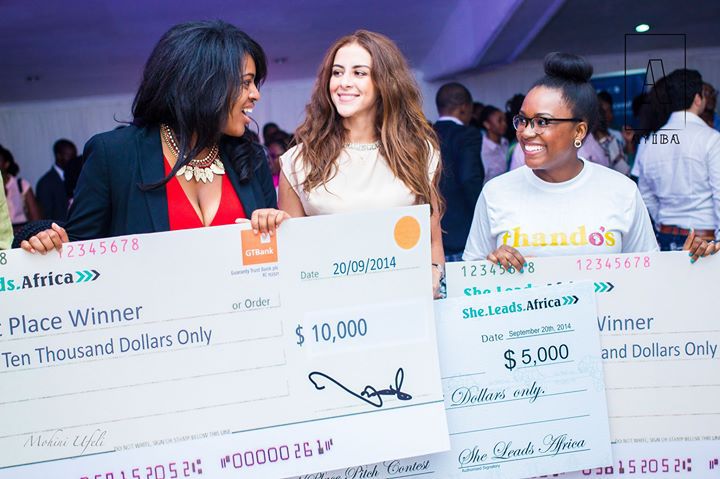 Lagos, Nigeria – She Leads Africa has announced the launch of its second annual Entrepreneur Showcase for the most talented female entrepreneurs across Africa and the diaspora. This event is the premier platform for young female entrepreneurs looking to grow and scale their businesses across Africa. Participants in the competition will compete for $15,000 in cash prizes, media features in international news outlets, and exclusive meetings with top investors.

The Entrepreneur Showcase is the flagship program of She Leads Africa and shines a spotlight on women who are driving Africa’s growth through leadership, commerce and innovation. “We decided to launch She Leads Africa because we saw a critical gap in the market – no one was investing in high growth female entrepreneurs,” says SLA co-founder Yasmin Belo-Osagie. “Through our Entrepreneur Showcase we not only give exceptional entrepreneurs a space to connect with investors and the media but we also provide them with training and mentoring to ensure that they are able to take advantage of the experience.”

In 2014 the inaugural event received nearly 400 applications from 27 countries for just 10 finalist positions. The top finalists were featured in Forbes, Ventures Africa, Venture Burn and several other international news outlets. 2014 winner Cherae Robinson founder of travel startup Tastemakers Africa stated that“participating in the She Leads Africa pitch competition literally changed my life and my business, by putting me on a rocket ship towards success.” “I was able to hire my first employee with my winnings and I continue to receive support from the team nearly one year later,” she concluded.

Applications for the 2015 competition open on May 1 and close on June 30. Businesses from any industry are eligible to apply as long as there is one woman on the founding team between 18-35 years old. Companies must have launched their product or service, been in operation for less than 3 years and received less than $50,000 USD in funding.

Applications and more details can be found at www.sheleadsafrica.org.

She Leads Africa is a social enterprise dedicated to supporting high growth female entrepreneurs on the continent. The organisation has been featured on CNBC Africa, Black Enterprise and Fox Business and its co-founders were named by Forbes as two of the 20  youngest power women in Africa (2014).

Interview requests can be sent to [email protected].